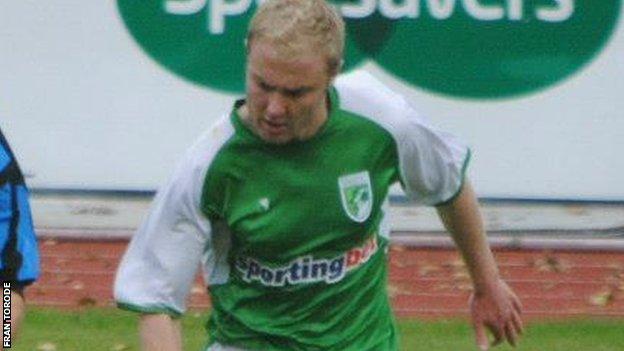 Guernsey FC's Angus MacKay has praised the Green Lions' defence after their 2-0 win at Wembley in the Combined Counties League Premier Division.

The win takes Guernsey top of the table after second-half strikes from Dominic Heaume and leading scorer Ross Allen, who took his tally to 19 this season.

"We played pretty well defensively, we didn't really give them any clear opportunities," he told BBC Guernsey.

"I don't remember Chris Tardif having a save to make."

MacKay added: "We defended well, that's not just the back four, that's everyone, and we made a point of our front three putting a lot of pressure on their back four when they had the ball.

"In the second half we wore them down and it could have been three of four in the end."

Guernsey are above Egham Town and Badshot Lea on goal difference, with Egham having played two more games.

"It's not a true reflection, the league table, because we've only played 11 games, some have played 12 or 13 and some teams have played less," said MacKay.

"There's a long way to go and there'll be plenty of position changes between now and the end of the season, that's for sure."