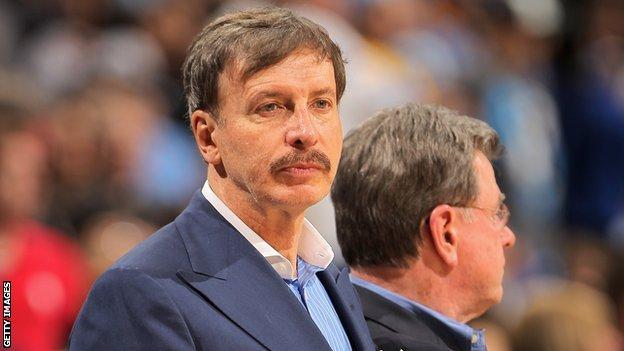 Arsenal majority shareholder Stan Kroenke has moved to reassure doubting fans by insisting that his "goal is to win trophies" at the north London club.

The American released a statement following a stormy shareholders' meeting in which the club's ambition came under question from supporters.

"The reason I am involved in sport is to win," he said. "It's what it's all about. Everything else is a footnote."

"I can assure you no-one is more ambitious than me."

Thursday's meeting came in the wake of a Premier League defeat by Norwich and a 2-0 home loss to Schalke 04 in the Champions League.

The club's inconsistent start to the season follows the sale of striker Robin van Persie, last season's PFA Player of the Year, to rivals Manchester United.

But Kroenke added: "Arsenal is a tremendous club with a track record of consistent performance at the top level.

"That is very rare, but we have managed it. I know that will continue as we move forwards. We have an exciting future and our goal is to win trophies."