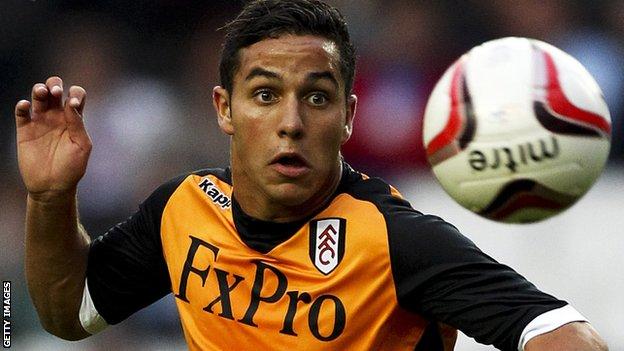 The 18-year-old made 25 appearances after breaking into Fulham's team last season, but a pelvis injury has hampered his chances this term.

Winger Frei switched allegiance to Turkey in June and was named in the squad for August's friendly with Austria, the country of his birth.

Both players are expected to be out for "a couple of weeks" according to Mackay.

Cardiff need to completed the paperwork in time for Frei to be available for Saturday's Championship game at home to Burnley.

The Bluebirds are currently level on points with Leicester at the top of the table, having set a new club record on Tuesday by winning six successive home games at the start of a season.