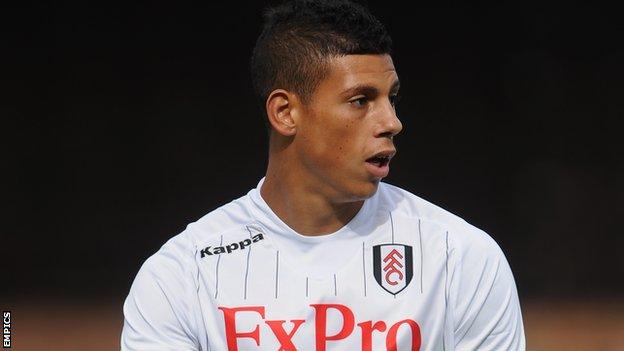 The 21-year-old has been drafted in after a spate of injuries left City struggling for cover in defence.

"He'll certainly offer us cover at left-back while Greg gets himself back to fitness," said boss Derek McInnes.

"Greg is making good progress, but he's nowhere near yet."

Briggs, who has been capped twice for England Under-21s, made his Fulham debut in 2007 aged 16, making him the Premier League's youngest player of all time.

He has since made 21 appearances and has enjoyed loan spells at Leyton Orient and Peterborough.

"We know all about Matthew because we came close to signing him last season. He spent one training session with us but was called back to Fulham because of an injury crisis," continued McInnes.

"Matthew is quick, energetic and hungry. He's a very highly-rated defender who can play in a number of positions and this loan move works for all parties concerned."