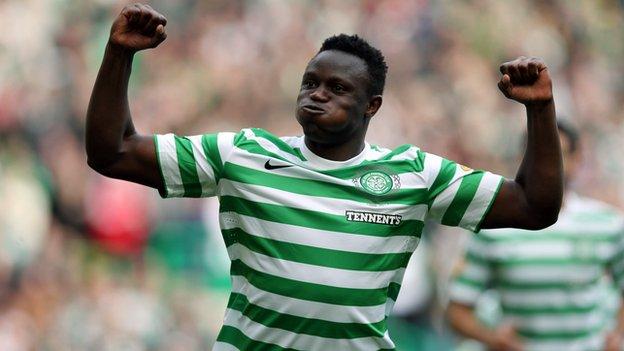 Kenya midfielder Victor Wanyama has turned down Celtic's offer of an improved contract, according to the player's agent on Thursday.

The Scottish champions were keen to tie up the 21-year-old beyond his current deal that ends in 2015 to fend off interest from other clubs.

"There were a number of aspects that fell short - he turned it down."

Wanyama, who joined Celtic from Belgian side Beerschot in 2011, is reportedly attracting interest from several English Premier League clubs, including Manchester United.

And it is believed the Scottish champions turned down an offer for Wanyama from an unnamed club in the close-season.

Moore insists his client remains happy at Parkhead but feels the Nairobi-born star deserves to be rewarded with a significantly improved contract for staying committed to Neil Lennon's team.

"He is very happy with the job he is doing at the moment. He is a great professional and his commitment cannot be questioned," Moore added.

"But it doesn't take a rocket scientist to work out that he lost great earning potential in the summer (by not moving to England)."

Wanyama has made 38 appearances for Celtic and scored 8 goals.