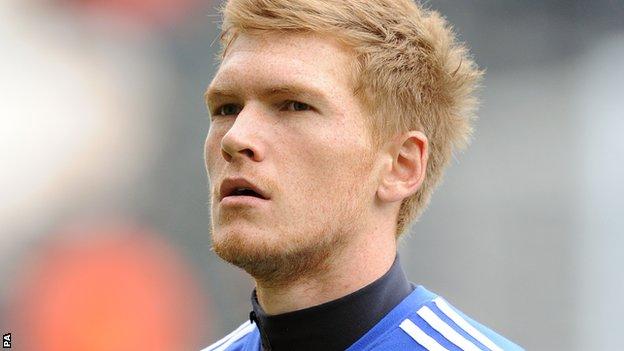 Burton Albion have signed goalkeeper Mark Oxley on loan from Hull City after Stuart Tomlinson was ruled out for up to six months with a knee injury.

Oxley, 22, has joined the Brewers on an initial one-month loan deal, subject to official confirmation.

Tomlinson has a ligament injury and, with Ross Atkins also out, Dean Lyness was the only available keeper for Saturday's match against Bradford City.

Meanwhile striker Matt Paterson has extended his deal until the summer.

Paterson joined Burton on a short-term deal in August after impressing during a trial spell, but has now signed a contract until the end of the season.

"His hard work and performances have moved him up the list quite quickly and we're delighted to have him on board for the rest of the season."

A product of the Rotherham United academy, Oxley has been a regular on the bench for Hull City this season.

Rowett added: "Mark is somebody who I've actually looked at bringing in before but the circumstances are right now."

He said: "It's not good to see anybody get injured but that's how you get your chance in football, especially as a goalkeeper. I want to come here and do well and see where that can take me.

"Burton seems a good club, the stadium's nice and our goalkeeper coach at Hull speaks highly of Kevin Poole so I'm looking forward to working with him.

"The whole idea of this season for me is to come somewhere and play regularly, this is the season where I need to play first-team football and a club like Burton is the best place for me to be doing it."