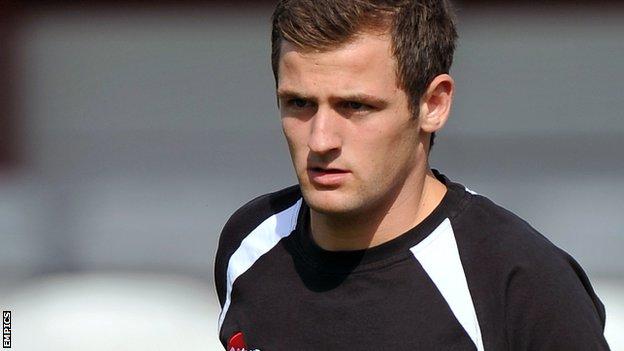 The Coasters, playing in the FA Cup first round for the first time, started brightly but went behind when Hatfield headed in Lee Molyneux's cross.

The midfielder met Padraig Amond's centre to make it 2-0 at the break.

Hatfield sealed the win with two close-range finishes, while Adam Farrell netted a late consolation for the Northern Premier League side.

Sixty-seven places separated the two Lancashire teams in the league pyramid, but it was only Accrington's superior finishing that proved the difference in an even first period.

Fylde manager Dave Challinor threw on all three substitutes at half-time, which briefly sparked the non-League side into life, but Stanley eventually ran out comfortable winners.

The victory was the perfect start for 32-year-old Richardson, who presided over Stanley's seven days prior to their cup tie at Kellamergh Park and was on Thursday.

"But it's a good learning curve. We aspire to be a side that can pass the ball and keep things simple.

"The lads have given us everything and they can be proud of their efforts to get to this round."

"Throughout the week we've been talking about professionalism, attutide and desire. You've got to match that against a team flying in their own division like Fylde.

"I thought we showed that throughout the 90 minutes. I'm made up to be in the next round.

"Will has got that habit. He showed last year that he can be a goalscorer. To get four in the FA Cup is something that nobody will ever be able to take away from him."