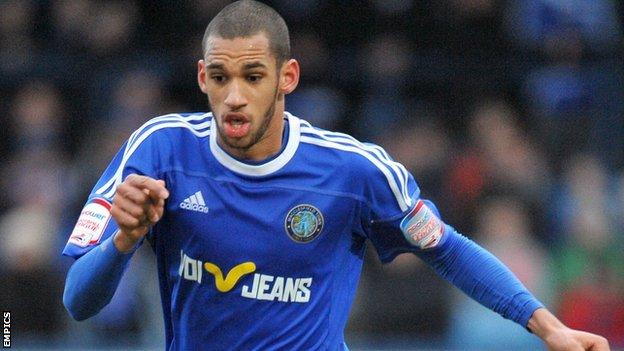 Diagne put the Silkmen ahead before Robins defender Aden Flint was shown a straight red card following a poor challenge on Amari Morgan-Smith.

Away goalkeeper Lance Cronin saved from Simon Ferry and James Collins headed wide as Swindon pushed for a leveller.

But Louis Thompson put the ball into his own net for Macclesfield's second.

"I will take some action. I will ask [for the players to receive] a fine for unprofessional behaviour.

"We are average individuals in terms of professionalism and desire.

"The approach from the players was pathetic, rubbish.

"They have to respect their shirt, the fans and the money they have at the end of the month."