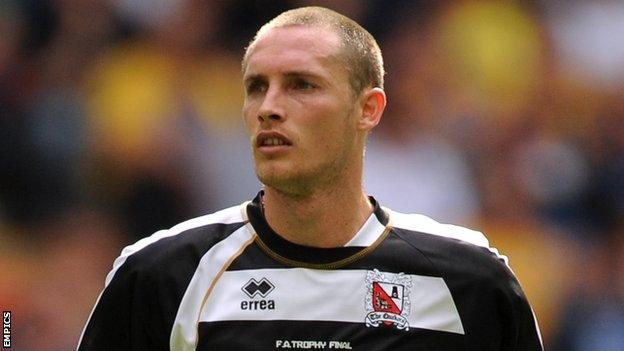 Liam Hatch's first-half goal proved the winner as Gateshead came from behind to beat Woking.

The visitors took the lead after only six minutes when Jack Parkinson found the end of Lee Sawyer's cross.

Lee Bullock went close to equalising before teeing up Josh Gillies, who fired home from the edge of the box.

Bullock was the provider once more just before the half-time whistle when he found Hatch, who headed past goalkeeper Aaron Howe.

"We took the lead and deservedly so. In the first 20 minutes, I thought we were on top and started very brightly, but after that 20 minutes, they broke us down.

"We knew it was going to be hard to beat them. You tend to take more gambles in the second half and it wasn't to be.

"I have no complaints really, as they had opportunities to put the game out of our reach in the second half and they didn't."