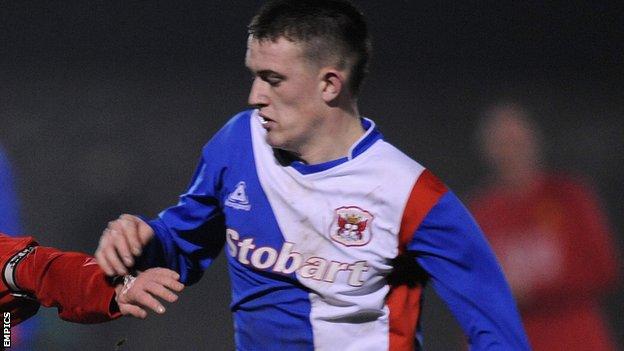 Andy Cook's goal just after the hour mark was enough to see Grimsby get their first ever win at the Lamb.

Cook got his second of the season just six minutes after coming on as a substitute as the Mariners remain unbeaten away from home.

Joe Colbeck had two long-range efforts in the first half for Grimsby while Ross Hannah forced a good save out of Tamworth keeper Tony Breedon.

"We lost a couple of players last week with bookings and suspensions, but today, we can, we did our job

"It wasn't pretty to watch for large parts of the game but ultimately it's a result.

"We've come away from here with a 1-0 victory against a team who we didn't have a good record against."