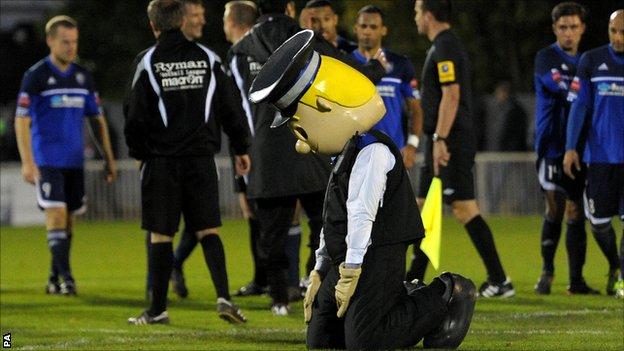 Metropolitan Police's FA Cup dream came to an end as they were beaten by League One Crawley Town in the first round.

Town are 104 places above the Met, who play in the Isthmian Premier Division and have never been in round two.

Josh Simpson put Crawley ahead with a low shot from outside the area.

Billy Clarke doubled their lead from close range before Alan Tait diverted home against his old side to give them hope and Howard Newton hit the bar as they almost forced a replay.

"They pushed us all the way, but we should have done much better in the first half.

"They were difficult to break down and we had to look for that little bit of quality to score.

"At 2-0, we dropped off. I don't think anyone covered themselves in glory today, other than the fact that we're through to the second round."