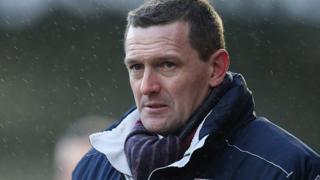 The 24-year-old sustained the injury in the act of scoring and the game was held up for 11 minutes while the striker received treatment.