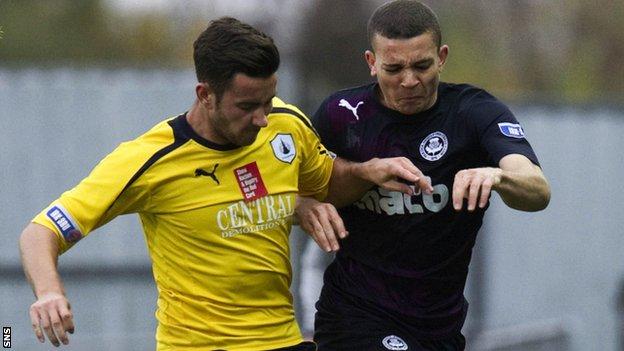 Partick Thistle were knocked off the top of Division One and are without a win in their last three away games in the league after being held to a draw away to Falkirk.

The hosts remain without a home win this season but will be happy with their efforts as they extended their unbeaten run to six games and kept a second successive clean sheet.

Falkirk goalkeeper Michael McGovern saved Christopher Erskine's 25th-minute header and Sean Welsh's effort from the edge of the area in a quiet first half.

McGovern was called upon again to save from Walsh in the 66th minute before he held well from Steven Craig's close-range effort 11 minutes later.

Despite spending the majority of the game defending, Falkirk had a chance to steal the three points late on.

However, Andrew Haworth couldn't find a way past goalkeeper Scott Fox with his 83rd-minute effort from the right side of the area.

Dunfermline's 3-0 win over Cowdenbeath puts the Pars ahead of Thistle on goal difference at the top of the table.