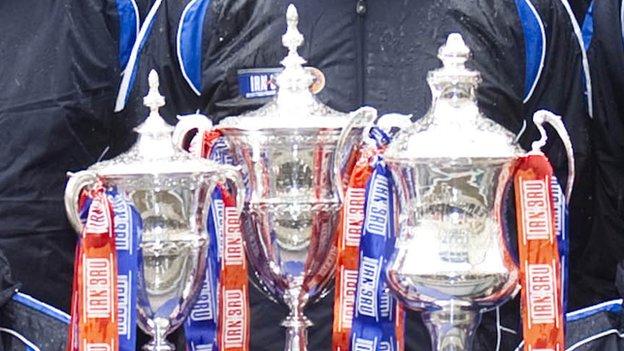 The hosts had Alan Trouten to thank for a superb hat-trick after Kurtis Byrne's opener on nine minutes which was cancelled out by Stenhousemuir's John Gemmell just before the half-hour mark.

Byrne had got Brechin off to a flyer by scoring early on, and despite Gemmell's equaliser on 29 minutes giving the visitors hope, Trouten fired in from close range just two minutes later and added another before the break.

Dickson made it 3-2 early in the second half, but Trouten finished his hat-trick on 62 minutes before Brown Ferguson fouled Byrne resulting in a penalty which McKenna dispatched with ease.

Ferguson was sent off for the challenge while Carcary swiftly added a double inside the last 10 minutes to round off the win.