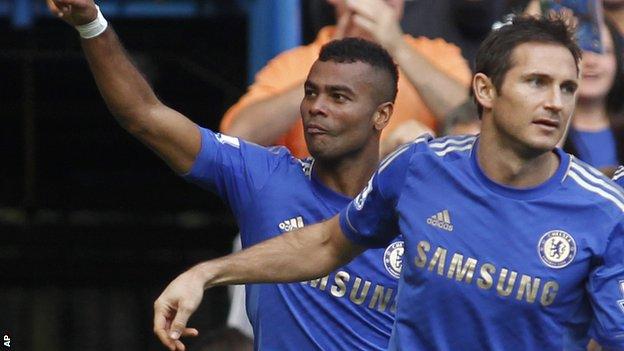 The pair will be free to sign pre-contract agreements with rival clubs in the new year if they do not agree new deals ahead of their current contracts expiring in the summer.

Di Matteo admitted he was worried but said: "That's the world of football.

"That's how you live in this world, in this industry."

He added: "We had the same last season with some players and, at the end of the day, we all have to be professional and try to do our best, even though maybe the contract is not sorted out."

Didier Drogba and Salomon Kalou both left the club last summer after they were unable to agree new deals with Chelsea.

On 31-year-old left-back Cole, who has won 99 caps for England, Di Matteo said: "He's a fit boy. He can play every game, so he still has many years in front of him.

"My point is that I would like him to stay here and be here with us."

Speaking ahead of his side's Premier League meeting with Manchester United on Sunday, Di Matteo also confirmed John Mikel Obi was in talks over a new contract.