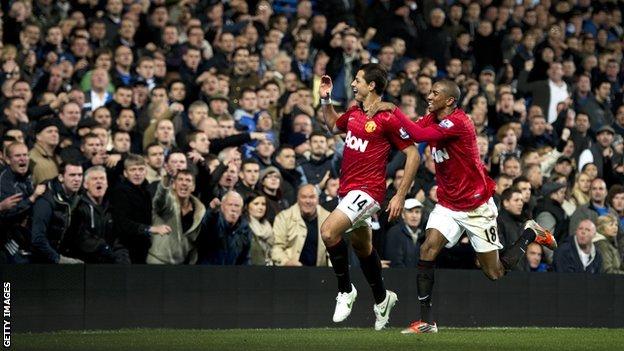 The Metropolitan Police have revealed that an investigation has been launched into an incident which saw a steward injured during Chelsea's 3-2 defeat by Manchester United at Stamford Bridge.

Javier Hernandez appeared to be pelted by objects thrown from the crowd as he celebrated scoring United's winner in front of Chelsea fans.

After that, a steward was treated before being taken to hospital.

Chelsea confirmed on Sunday they would investigate the incident.

"We are investigating all the incidents around that time," said a Chelsea spokesman.

"We are looking at reports of objects that may have been thrown or incidents around the steward taking a fall.

"My information so far is that he slipped and fell, may have hurt his knee, and was being treated by the side of the pitch."