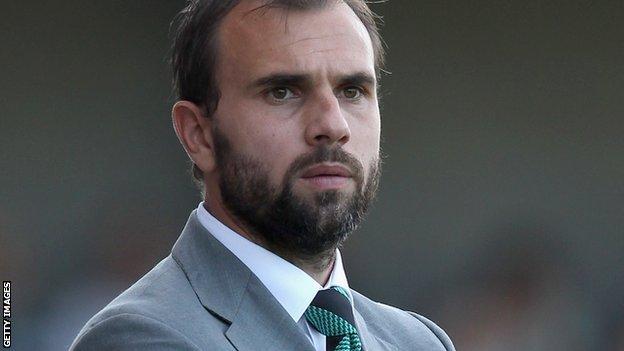 Plymouth Argyle manager Carl Fletcher says he is disappointed with the way his side passed the ball in their on Saturday.

The Pilgrims suffered a second successive league loss and Fletcher says his side could have done better.

"We stuck to our task well at times defensively, but I thought we were poor in possession and that's something that's not like us," he told BBC Devon.

"Our quality in possession wasn't there and that let us down."

With Darren Purse missing the game through injury Curtis Nelson came into the side at the heart of defence.

And Fletcher felt he, and his team-mates, coped well with the physical threat posed by Rotherham.

"Nelse with his athleticism and his height, there's no-one that can beat him in the air.

"I was pleased with how all the lads did defensively at set pieces. We had a lot of lads that are a lot smaller than the other players and they had to stick to it and scrap and fight."