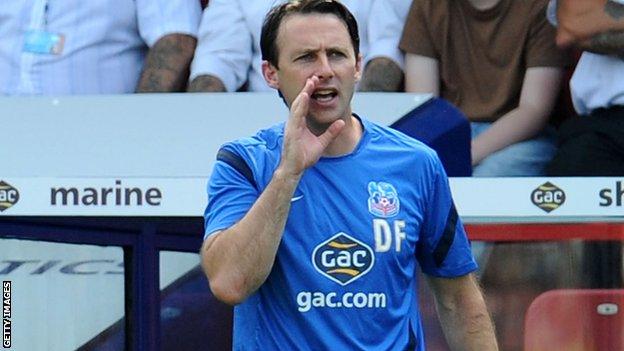 Bolton's players are hoping for a fresh start under new boss Dougie Freedman, according to defender Sam Ricketts.

"When you go to a new club, you know the manager really likes you because he's gone out and signed you," Ricketts told BBC Radio Manchester.

"But when a new manager comes in, you need to make sure you impress him to stay in his plans."

to and will face the media for the first time on Monday.

He was in the stands at the Riverside Stadium on Saturday to watch his new team - a result that left Bolton 18th in the Championship table.

"I'm sure he's looking forward to getting stuck in and working with this set of players," said captain Kevin Davies.

"There's a lot of quality here so I'm sure he's looking forward to it and I'm sure the players are too.

"You've got to prove your worth to the side and you can see people like Martin Petrov have come in and done extremely well. He's a prime example.

"There are lots of players like that, who are extremely frustrated and want to help the side."

Under the caretaker charge of academy chief Jimmy Phillips, Bolton have collected four points from three league matches since

"The lads have responded well since Owen left. Jimmy and the boys have done a fantastic job.

"We've been playing some fantastic football, but again, we probably haven't got the points we've deserved," Davies added.