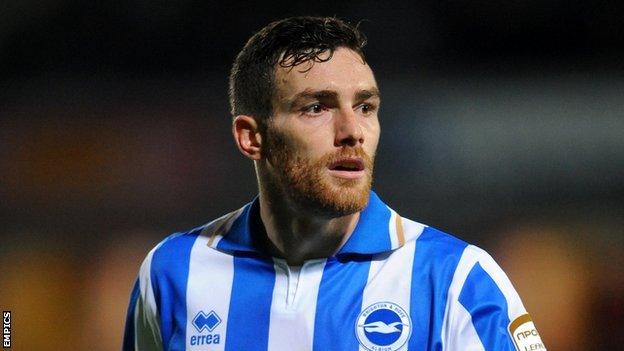 Gillingham loan signing Romain Vincelot has revealed he chose to join the club so he could play in midfield.

The 27-year-old Frenchman marked his debut with the only goal in the 1-0 win over AFC Wimbledon after arriving from Brighton last Friday.

Vincelot told BBC Radio Kent: "There had been options to join clubs higher up the Football League, but they were filling a defensive role.

"I really want to play in midfield. This is where I enjoy it."

Vincelot had not made a first-team appearance for Brighton this season and admitted he was "hungry" to play.

And despite having been with the Gillingham squad for only a day prior to Saturday's victory at Kingsmeadow, he noticed a winning atmosphere immediately.

"I was here for one day and I feel really good. All the lads are fantastic and the spirit of the team is the right one," he said.

"The winning team ethic is what I wanted.

"I want to really fit in the team because they are pushing for promotion and I want to be part of it."