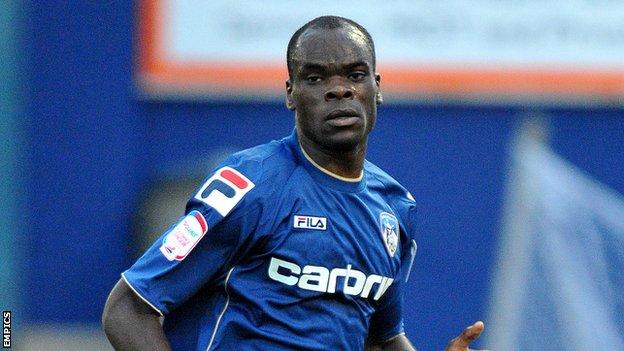 Oldham manager Paul Dickov had no complaints about the red card shown to defender Jean Yves Mvoto during the 1-1 draw at Crawley on Saturday.

Mvoto was sent off for pushing Crawley's Kyle McFadzean in the face.

Dickov told BBC Radio Manchester: "It's not like him, but if you're going to raise your hands, you'll get sent off.

"Jean can't react like that. He knows how I feel about it, I'm not happy with him, and his team-mates really dug in to get him out of a hole."

Following the incident with McFadzen, Mvoto also pushed Gary Alexander and although not defending his player's actions, Dickov was not happy with the reaction of the Crawley pair.

"Their two players went down holding their head until Jean got sent off, and then jumped up.

"When their player pushed Jean, he could have easily gone down," said Dickov.

Having been reduced to 10 men after 20 minutes, Oldham looked on course for what seemed an unlikely victory at the Broadfield Stadium when Jose Baxter fired them ahead, but centre-back McFadzean netted a late equaliser to deny them all three points.

Former Scotland striker Dickov added: "It's hard to single anybody out.

"Right throughout the team, the effort and application that we gave was deserving of at least a point. In the end, it's taken a deflected goal to get them back into it."