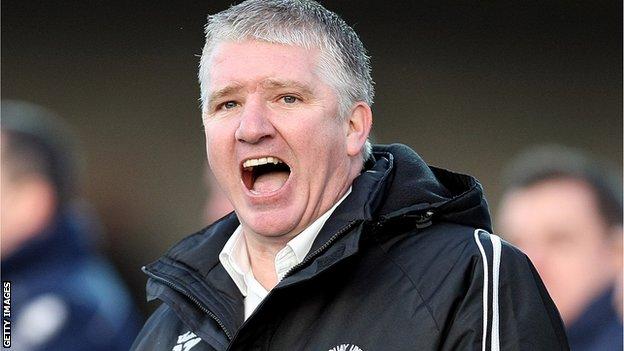 Torquay United manager Martin Ling says he is pleased at the start his side has made to the season after they recorded back-to-back wins in the league for the first time since March.

Saturday's came after their

"This time last year after 15 games we had 15 points and we were in 19th place and went on a good run," Ling said.

Ling was also quick to remind people that he lost a number of key players in the summer, such as Bobby Olejnik, Eunan O'Kane and Mark Ellis.

"But what I am satisfied with is that we made really good money in the summer, replaced them by spending nothing other than a bit on Billy Bodin, and are still in and around where we were last year.

"At a club like Torquay, if you can make money and keep the club competitive it's a good act to have and we need to do that regularly."