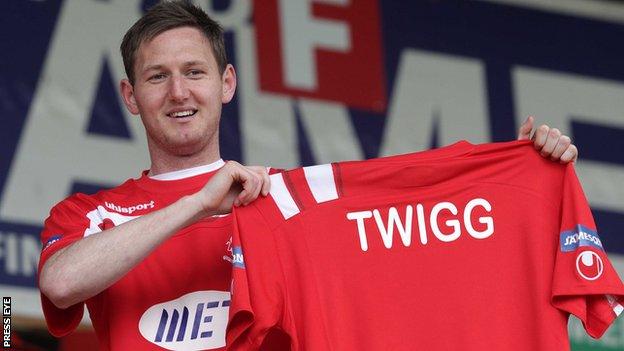 Portadown have completed the signing of striker Gary Twigg from Shamrock Rovers on a three-and-a-half year contract.

Glasgow-born Twigg said he was moving from the Dublin club for family reasons and wanted to be closer to his home in Ballymena.

The 28-year-old added he felt he could win trophies and qualify for Europe with the Irish Premiership club.

Twigg, who left Brechin City to join Rovers in 2009, has to wait until January to make his Portadown debut.

He became a free agent when the League of Ireland season finished last week but cannot play for his new club until the transfer window opens.

"Portadown have been chasing me for a while and are the only club I met with," said Twigg.

"The manager and chairman are positive and have assured me of their desire for success. I want to be a part of that and to win trophies."