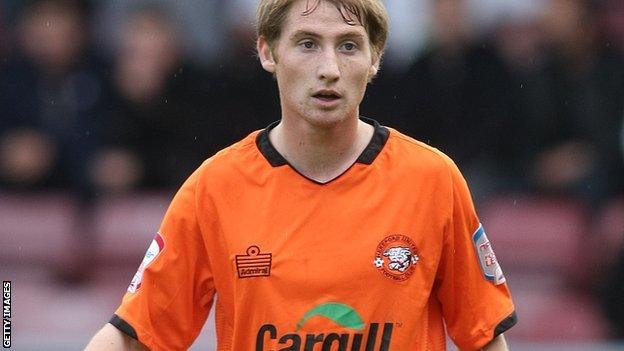 The Bulls midfielder curled a fine effort past Dean Brill to score the only goal of the game.

Luton had their chances and dominated play throughout, but Scott Rendell and Stuart Fleetwood put their efforts wide of the post.

Jake Howells and Jake Robinson were both denied by keeper James Bittner as Hereford held on for the three points.