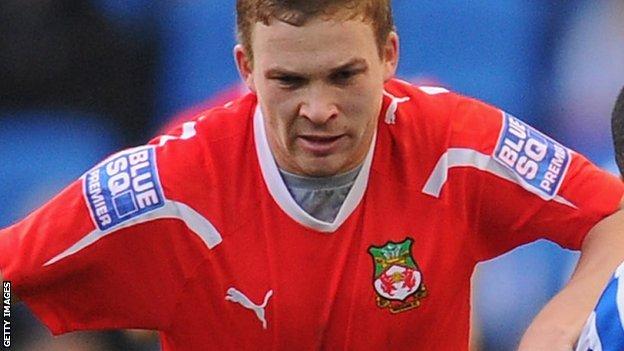 Wrexham moved back to second in the Blue Square Bet Premier with victory over Southport at Haig Avenue.

Steven Tames steered in Shaun Whalley's cross to give Southport the lead before Godfrey Poku was shown two yellows.

Wrexham made their extra-man count and Jay Harris's 25-yard shot drew them level before they went ahead through Chris Lynch's own goal.

"The conditions played havoc but the pitch was really good but the wind was stronger than people thought and it was tough out there.

"At half-time, it was backs to the wall and in the second half we were really. really good and a completely different team.

"Even when they had 11 men, I thought we passed the ball more like us and when we do that we are not an easy team to play against.