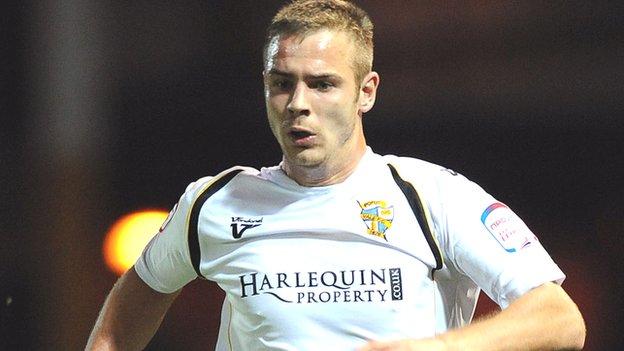 Tom Pope put the home side ahead, converting Rob Taylor's cross at the second attempt, before Pope's superb strike made it 2-0.

But the game changed when Vale were reduced to 10 men as Sam Morsy was red-carded for a late tackle.

Rochdale pulled a goal back through Bobby Grant's header and Andrew Tutte's long-range shot earned them an unlikely draw with three minutes remaining.

"Their two forwards were a handful all night because they were getting the ball into feet and bringing other players in.

"You think it's not going to be your night once they went 2-0 up, but then their lad put in a ridiculous challenge and got a red card.

"With 11 men, I don't think Port Vale were overly better than us. They were clinical when they had their opportunities.

"We tried to commit more men forward, we tried to go for it, and we possibly should have won it at the end."