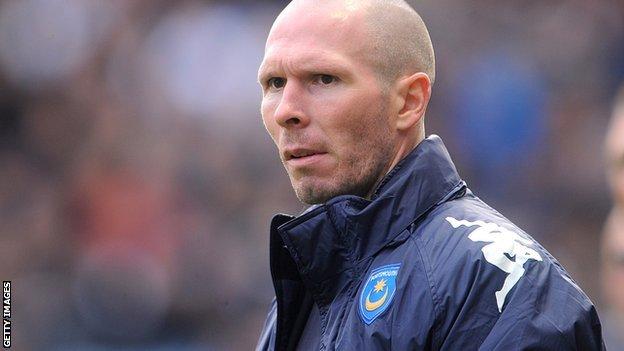 Brentford condemed Portsmouth to a narrow defeat as manager Michael Appleton was forced to deny claims he is in talks with Blackpool.

The Pompey boss has been heavily linked with the vacant position at Bloomfield Road following Ian Holloway's decision to leave for Crystal Palace.

And Appleton's side have now lost the last three league games.

Appleton told BBC Radio Solent after the game: "I've not heard from Blackpool or the [Portsmouth] administrators.

"It can be frustrating at time as I'm sure the players read and see the media.

"The quicker they move on and appoint someone, the better. As far as I'm aware I'll just carry on doing my job."