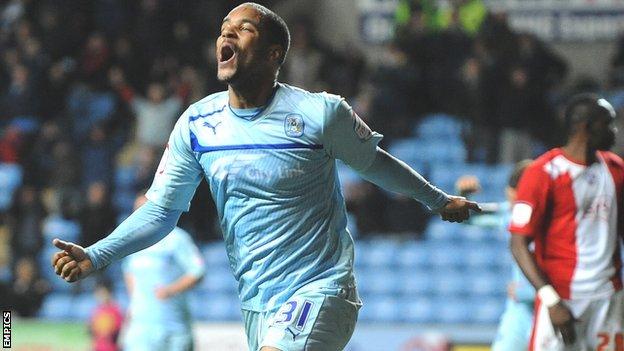 Coventry City moved out of the League One relegation zone as they secured a comfortable home win over Crawley Town.

The hosts went ahead as John Fleck hit an angled drive from 15 yards into the net following David McGoldrick's pass.

It became 2-0 when Fleck's cross took a deflection into the path of McGoldrick, who steered the ball past Paul Jones.

Billy Clarke pulled one back, finishing after a shot hit William Edjenguele, but McGoldrick curled home a 20-yard effort for his second to seal the win.

"We had the most possession, the most shots, the most crosses, the most corners. I think they had five or six shots and three of them have gone in.

"We were our own worst enemies when we were in possession and they were almost waiting for us to make a mistake. They didn't create anything and it was all based on our mistakes.

"But we play in the right way and I thought we passed the ball extremely well and we are going to make mistakes because of the way we play. If we don't want to make mistakes then we will just get it forward as quick as possible."