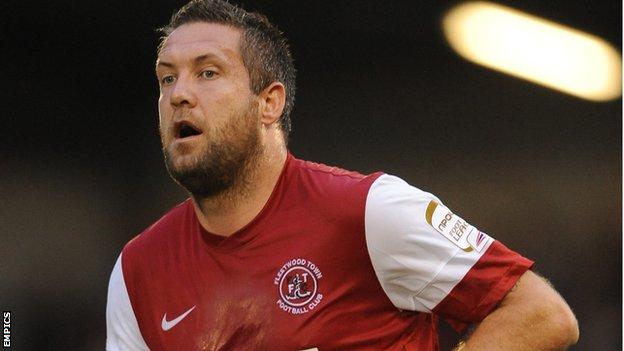 League Two play-off hopefuls Fleetwood and Rotherham played out a draw thanks to two goals in three uncharacteristically frantic minutes.

But Jon Parkin soon levelled when he tapped in from six yards out following Shaun Beeley's cross.

Alex Revell was the visitors' main threat late on, but Davies atoned for his early error with some fine saves.

"It's a hard place to come to. They have good players, a good manager and a good chairman.

"We have to accept the finishing wasn't where it should be to finish teams off.

"We'll go to a lot of places this year and if we play with that effort, passion, the commitment and that style of play then I'll stand in front of them.

"We're not there yet but we're getting there."