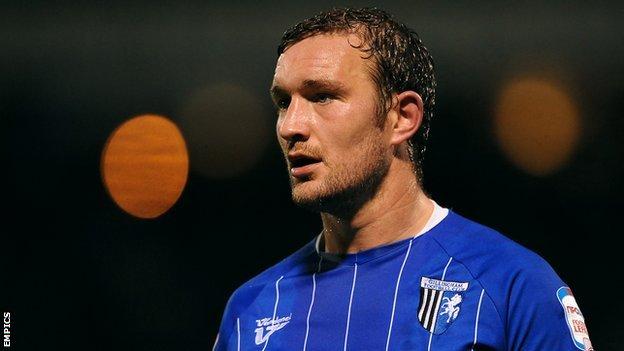 Gillingham missed a chance to extend their lead at the top of League Two after they failed to capitalise on their chances against Cheltenham.

Gills striker Danny Kedwell then hit the crossbar after Jack Payne's saved shot fell to him three yards out.

Chris Whelpdale's cross found former Jamaican international Deon Burton but he put his diving header wide and neither side could break the deadlock.

"I thought they were very dangerous in the first half. Mark [Yates, Cheltenham boss] has put together a really good team.

"I think it's a measure of how far we've come that the lads are really disappointed.

"I'm not. I think it's a really good point. We had some great chances to win.

"They will be, in my opinion, promoted at the end of the season and it's our job to stay above them."

"I thought we took a bit of a battering in the second half and we had a little bit of luck when Kedwell hit the bar.

"I felt we deserved that luck as we were outstanding in the first half. It showed I've got a team of men.

"We didn't want to come and says 'it's great to be involved in a top of the table clash' and then get beat.

"Some of our football was really good and we've got to continue that."