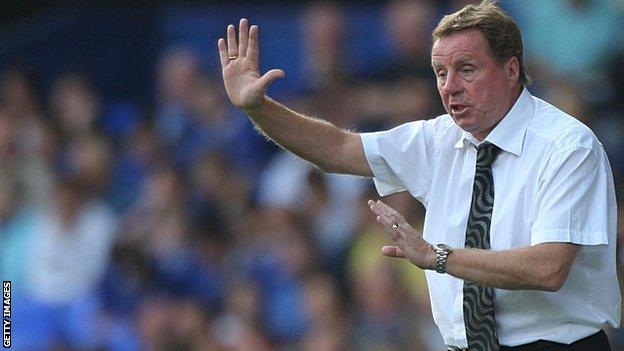 Harry Redknapp has distanced himself from the vacant Blackburn manager's job following speculation he was planning talks with the club.

Blackburn, who were relegated from the Premier League at the end of last season, have been looking for a manager since Steve Kean quit in September.

"I haven't met anyone from Blackburn and have no plans to," the former Tottenham boss told BBC Sport.

"As far as I am concerned there is nothing in it. It's as simple as that."

The club have interviewed former Blackburn defender Henning Berg and Blackpool manager Ian Holloway remains under consideration. Another name understood to be on the shortlist is former England boss Glenn Hoddle.

Redknapp was favourite to take over the England job when Fabio Capello quit in February but former Fulham manager Roy Hodgson was appointed instead.

The 65-year-old, who is based on the south coast, was then sacked by Tottenham in June and has since been out of work.

Caretaker Eric Black took over from Kean and has lost just one of six matches since he took charge. The club are fifth in the Championship, five points off the top.

While Black has been in charge the club's global advisor Shebby Singh has failed with approaches for Tottenham technical co-ordinator Tim Sherwood and Fulham coach Billy McKinlay - both ex-Rovers players.

An interest in who is enjoying success as manager of Norwegian club Molde, has not tempted the former Manchester United striker to move.