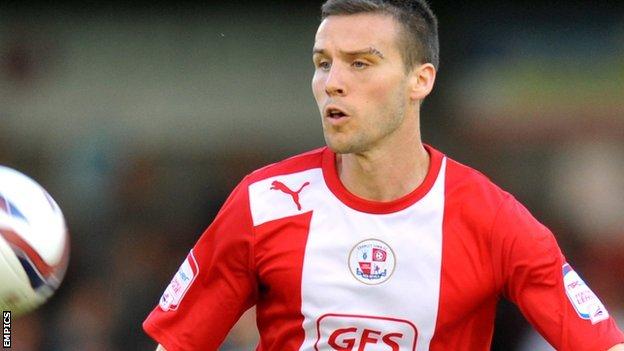 Crawley defender Mat Sadler says their 10-day break from League One action will allow the club to re-focus their efforts as they bid for promotion.

The Reds drew 1-1 with Oldham last Saturday after three consecutive league wins, and face the Met Police in the FA Cup first round on Saturday.

But their next league match does not come until 6 November at Coventry.

"It means we can go into that next game with a bit of a snarl between our teeth," Sadler, 27, told BBC Sussex.

Crawley lie third in the League One table, just two points off an automatic promotion spot.

But Sadler, who joined Watford for £750,000 before loan spells at Stockport and Shrewsbury, said the side would only be looking at short-term goals in their bid for Championship football.

"It's a cliche and you can talk about it all through the day but I certainly won't, and we won't, be getting ahead of ourselves," the former Birmingham City trainee said.

"It's a long old season and there's some tough places to go to and some tough old teams who'll come here and try to beat us."