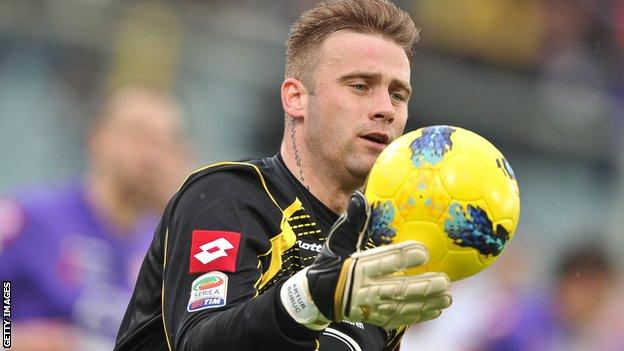 Southampton keeper Artur Boruc is available for selection against Swansea on Saturday after the club concluded an investigation into an incident at the Tottenham game on 28 October.

The Poland international allegedly threw a water bottle into the crowd during the first half at St Mary's.

But after an internal inquiry Saints have decided to take no action.

"Artur is now back in contention for the remaining fixtures," said Southampton manager Nigel Adkins.

"I didn't select him for the West Bromwich Albion game, but the investigation has now been concluded to the satisfaction of the football club."

The incident in the Chapel End at St Mary's occurred after Clint Dempsey put Tottenham 2-0 ahead before half-time.