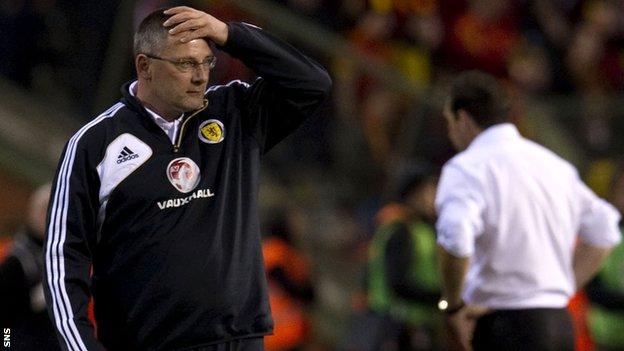 Craig Levein's future as Scotland boss should be clarified by the end of the week.

The Scottish FA board are expected to meet on either Thursday or Friday to discuss the issue.

Levein's position has come under intense scrutiny after World Cup qualifying defeats by Belgium and Wales all but ended Scotland's hopes of qualifying for the 2014 World Cup.

The Scots are bottom of Group A with only two points from four matches.

The former Dundee United, Hearts and Leicester City manager has led Scotland to victory in only three of his 12 competitive fixtures in charge

"I don't think changing the manager is going to solve the problem."

However, former SFA chief executive Gordon Smith has said Levein should resign because Scotland have yet to qualify for a major finals during his tenure.