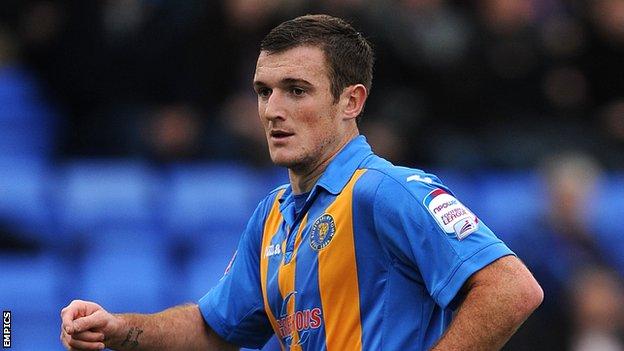 Collins, 24, has made eight appearances since moving to Greenhous Meadow in September on an initial one-month loan.

"He's not played many first team games this season so he's been feeling his way into things and done all right," boss Graham Turner told the club site.

Collins and fellow loan men Jeremy Helan and Jamie Proctor are able to play against Hereford in the FA Cup.

"It would have been no good renewing his [Collins] loan this week if he wasn't allowed to do that," Turner added.

"But Keith Hill, the manager of Barnsley, has allowed him to play in the FA Cup on Saturday so we've re-signed him and it's all gone through."