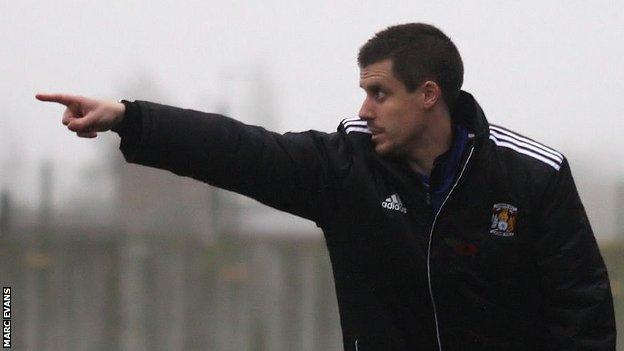 Cudby is the most successful manager in the club's history, leading them from the Midland Combination League to the Women's Premier League.

However, he has decided to step down to focus on his personal life.

"Since I was appointed, we have achieved an incredible amount as a club and it's something I've been very honoured to be a part of," said Cudby.

He [Cudby] has been an asset to the club and was always very keen to get involved off the pitch as well. He will be greatly missed by everyone at the club.

"Due to a change in work circumstances and increased commuting time, a family bereavement and an imminent increasing family, I have struggled to commit the time and energy I feel the manager of this club needs.

"It is my intention, and hope, to help how ever I can, while giving any new manager the time and space to allow them to work."

"Paul has lead from the front and taken on board the aspirations of the board and embraced them fully," Newes stated.

"He has been an asset to the club and was always very keen to get involved off the pitch as well. He will be greatly missed.

"The door is always open for Paul at CCLFC when he is ready to commit some time in whatever capacity.

"Without his enthusiasm and dedication, CCLFC would not be where we are today, playing National Premier League football."