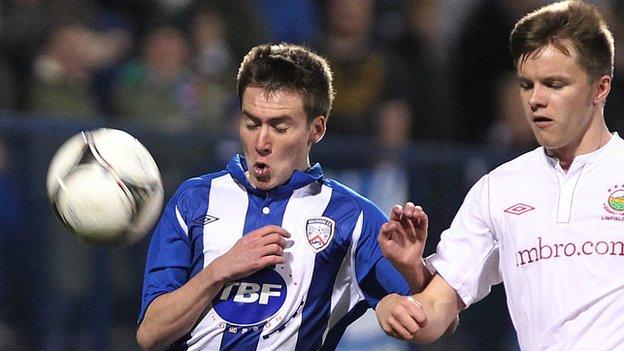 Coleraine eased to victory in the North West Cup final to end Institute's hopes of completing a hat-trick of triumphs in the competition.

Craig Moore slotted the ball past keeper Corey Wilson to put the Bannsiders ahead on three minutes.

Joel Bradley doubled Coleraine's lead from the edge of the box in the 25th minute as Institute's defence folded.

Hugo Batista put the result beyond doubt with a looping shot to score Coleraine's third in the second half.