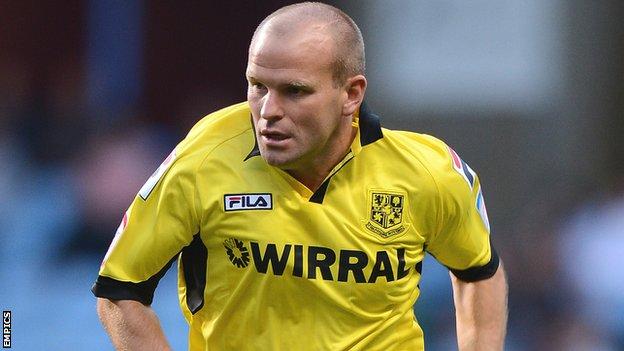 Andy Robinson's second-half penalty helped send Tranmere back to the top of League One with victory at Hartlepool.

Paul Murray and Simon Walton had the home side's best efforts of the first half, while Jake Jervis and Jake Cassidy had chances for the visitors.

Peter Hartley fouled James Wallace in the box and Robinson converted the spot-kick to give Tranmere the lead.

Substitute Cole Stockton's curler from inside the box after Robinson's corner put the gloss on the victory.

Hartlepool, who were watched by prospective boss Phil Brown, remain bottom after making it 15 games without a win.

Walton and Jon Franks had the hosts' best chances after the break, while Ben Gibson put a free header wide at the other end.

"I thought we were sloppy and edgy in the first half and I don't know why. Probably not playing at the weekend hasn't really helped us.

"Give Hartlepool credit. They've shown a lot of spirit and desire, without really having too many opportunities.

"You see so many saves being made and so many balls going across that you think it isn't going to be your night.

"Luckily James Wallace got on the ball and I thought it was a nailed on penalty. That gave us a bit of a breather."