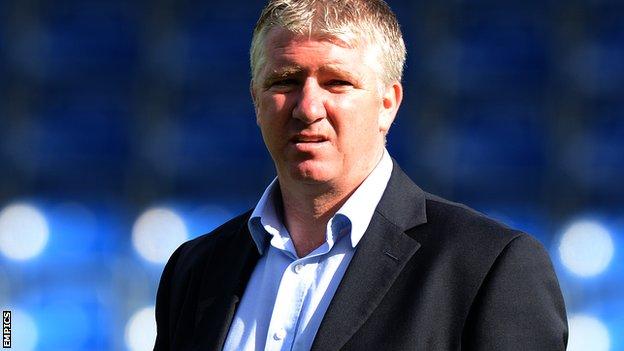 Torquay United manager Martin Ling says the FA Cup presents a great chance for him to fund new players for his squad.

The Gulls will face either Hyde or Harrogate Town in the first round with £18,000 given to the winners.

"It's about money. It's cruel to say to that, because of the glory of the Cup," Ling told BBC Radio Devon.

"But it may mean me signing a player or having the wages to sign a player that can help us to go up. That's what the FA Cup's about for me."

If Torquay can win their second round tie they will earn another £27,000, with £67,500 available if they can make it into round four.

"We want to go as far as we can," Ling said. "We all dream of Manchester United away in the third round.

"But at the moment there's some decent money to be had by going through each round."

Hyde may be second-from-bottom in the Blue Square Bet Premier and Harrogate mid-table in the league below, but Ling says Torquay must not take their non-league opponents lightly, whoever they may be.

Torquay last lost in the opening round of the FA Cup in 2004 when they were beaten 2-0 by non-league Hinckley United.

"Everyone that turns up and thinks we're going to stroll through the game have only got to look at past FA Cup records to know that isn't always going to be the case.