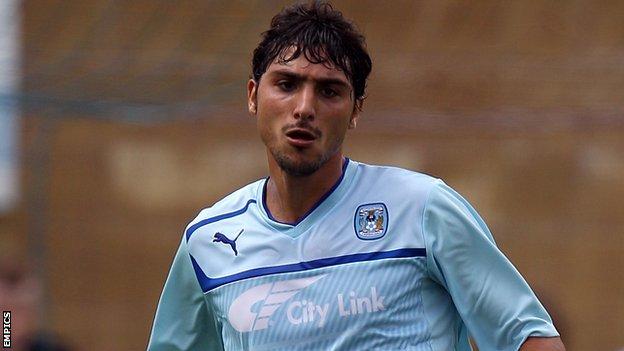 The 25-year-old centre-half only joined the Sky Blues in the summer after his contract expired at Nice.

But following Mark Robins's appointment as manager at the Ricoh Arena, he was made available for transfer after being deemed surplus to requirements.

"Sometimes when a player comes to a club it doesn't work out initially," Boro boss Kevin Wilkin said.

"Joining Boro will give Kevin the opportunity to play in a tough and competitive league against some real quality players."

Malaga is able to play in Nuneaton's FA Cup first round match against Luton Town on Saturday.