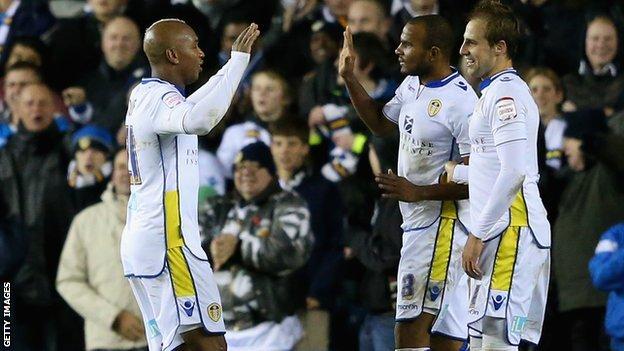 Leeds United manager Neil Warnock was happy with how his side controlled the game in their victory over Southampton in the League Cup.

The Championship side beat the Saints 3-0 to secure a spot in the last eight.

"We didn't let them have a look in, we were really up for it," he told BBC Radio 5 live.

"We played really poorly in our last couple of games and I didn't enjoy either of them but we were excellent again tonight."

After seeing his side register their first win in four matches Warnock reserved special praise for 34-year-old midfielder Michael Brown.

"Michael went on a run in the second half and I said to him afterwards 'that was like 15 years ago, you can't do that anymore'," he added.

"He's got a terrific attitude and I thought he was probably one of the fittest players on the pitch."

The Elland Road side have now reached the quarter-finals of the competition for the first time since 1996, when they went on to lose to Aston Villa in the final.