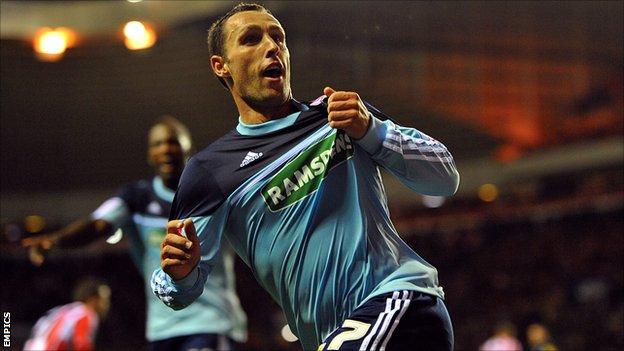 Mowbray grew up a fan, played 348 games and is boss of the club whom he guided to the last eight of the Capital One Cup at the Wearsiders' expense.

"Football is a game for the people," Mowbray told BBC Tees.

"My job is to give them nights like this, and whether they're here or at home they'll all be proud to be Boro."

Scott McDonald was the hero on the night, tucking home Ishmael Miller's cross before half-time to settle the tie in front of a 32,535 crowd.

"Scott is coming into work with a smile on his face and enjoying playing," Mowbray said.

"He's his own worst enemy, he's desperate to do well and that manifests itself wrongly sometimes."

"I didn't play him down the middle today. I asked him to play wide, and he did it happily like a trojan working up and down that line, and getting in the box to get the goal."