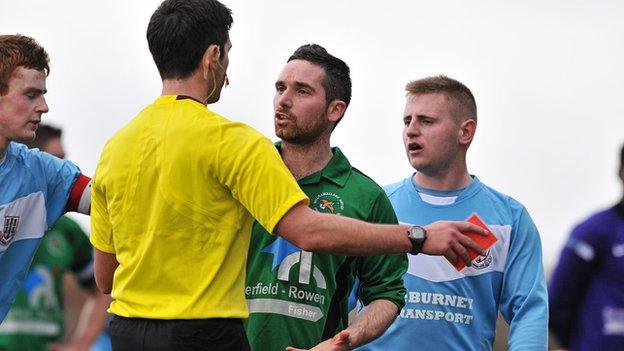 Ballinamallard will be without suspended striker Jason McCartney for Friday night's Premiership clash with Lisburn Distillery at Ferney Park.

McCartney was red-carded against Ballymena on Saturday and is sidelined as the Mallards go for a win which would take them up to second place.

Jonny Taylor is a Sky Blues injury doubt for the Stangmore Park encounter.

United should travel with confidence after the 2-0 win over Donegal Celtic in Tuesday's Co Antrim Shield semi-final at the Showgrounds.

However, their recent record against the Swifts is dismal, with just two wins from the last 20 meetings.

Ballinamallard have been a sensation in their first season in the top flight, and a victory in Fermanagh will leave them two points behind pacesetters Coleraine.

Distillery lie bottom on goal difference and a draw will move them above Donegal Celtic.