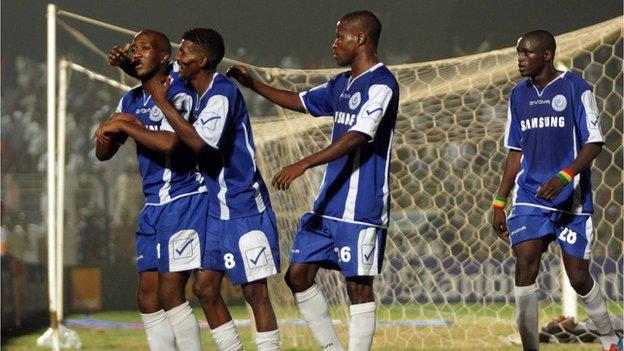 Al Hilal took a giant step towards overcoming their semi-final hoodoo when they beat Djoliba 2-0 in the first leg of their Confederation Cup last-four tie on Friday.

Goals either side of half-time from Ibrahima Sane and Mudathir Careca earned Sudanese side a well-deserved victory in Omdurman.

In the last five years Hilal have lost in three Champions League semi-finals and one Confederation Cup semi-final.

Congo's AC Leopards beat another Sudanese side Al Merreikh 2-1 in the first leg of the other semi-final.

Leopards are the odd club among the semi-finalists, advancing through four qualifying rounds to the group phase, while Hilal, Djoliba and Merreikh were Champions League drop-outs having lost final-round eliminators.

The return legs of the semi-finals are in two weeks time in Bamako and Omdurman respectively with the aggregate winners reaching the two leg final.