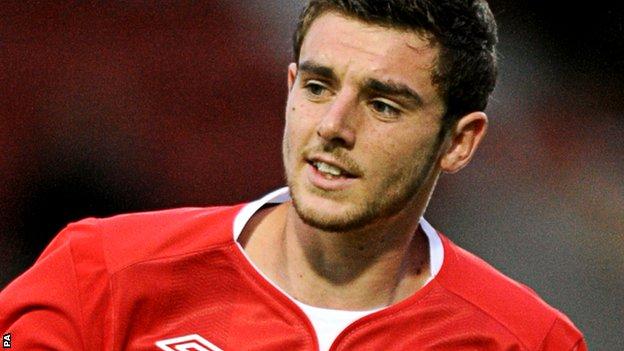 Wrexham will be without left-back Daniel Alfei for Saturday's FA Cup first-round tie against Alfreton Town at the Racecourse.

Alfei has rejoined the Dragons on loan from Swansea City until January but is not be allowed to play in the FA Cup.

"Part of the loan is that he can't play so he won't be available," said Wrexham player-manager Andy Morrell.

Martin Riley, Robert Ogleby and Glen Little could be back in contention following injuries.

Alfreton are currently 16th in the Blue Square Bet Premier and won 1-0 at the Racecourse in the league last season.

"We can't take Alfreton for granted. They're in our league on merit and they're a good side," added Wrexham striker Danny Wright.