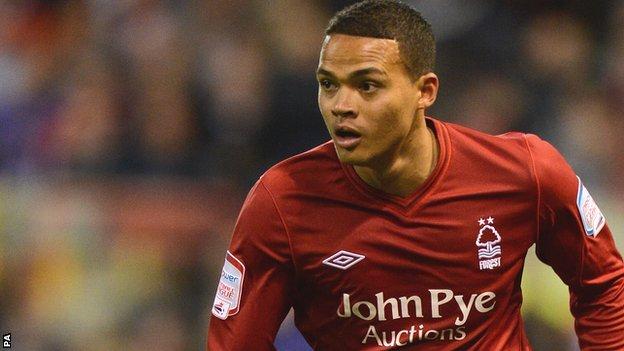 Tottenham midfielder Jermaine Jenas has extended his loan deal at Nottingham Forest until the start of January.

Injury-plagued Jenas joined on a 30-day loan, having only played 13 minutes of first-team football this season.

And although he is yet to start a game, the Nottingham-born 29-year-old has made four substitute appearances and scored in the 4-1 win at Barnsley.

"It's what I wanted. I've enjoyed it and it's been great to be back home," Jenas told BBC Radio Nottingham.

"The initial month loan was a weird one for everybody involved and a tough one for the manager to deal with because he wanted my qualities on the pitch.

"But he didn't want to rock the boat too much with what he already had - and what we already have got is a lot of quality in midfield.

"The lads have been playing well so fair play to the gaffer because he has played it well."

Boss Sean O'Driscoll had said Jenas, whose new deal will expire on 2 January and is scheduled to take in 13 games, has impressed during his stay at the City Ground.

"His attitude has been first class," O'Driscoll said following the victory over the Tykes. "He's training really hard. He's got fitter as the month has gone on.

"He's come on and he's made a difference for us."