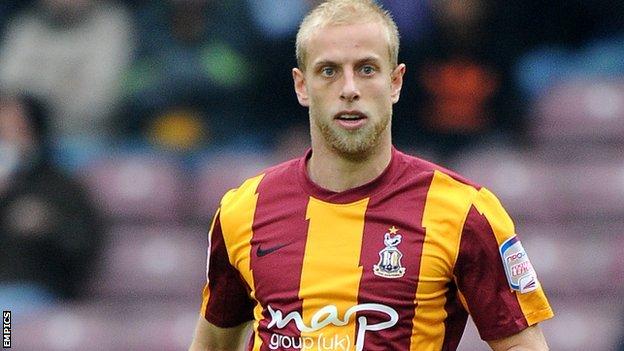 Bradford City defender Andrew Davies has been ruled out for up to four months with a knee injury.

The 27-year-old former Middlesbrough and Stoke player picked up the injury in Saturday's defeat at Burton Albion.

Davies had been ever-present in the league for Phil Parkinson's side this season since joining from the Potters.

His injury is a further blow to the Bantams who will be without centre-half Luke Oliver for the rest of the campaign because of an Achilles injury.