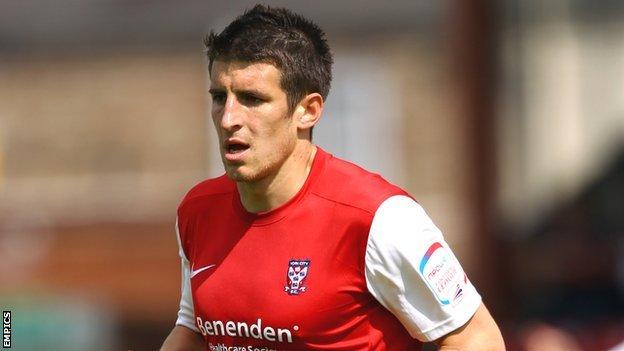 York City forward Michael Coulson has been ruled out for the rest of the season after scans showed he will need surgery on a cruciate ligament injury.

He's been through it before and we know he'll bounce back

The 24-year-old, who joined the Minstermen from Grimsby in the summer, had scored four goals in 14 league appearances so far this campaign.

"He's been through it before and we know he'll bounce back."

Kearns, 21, has made five appearances for the League Two side and is eligible to play in Saturday's FA Cup first round tie against AFC Wimbledon.