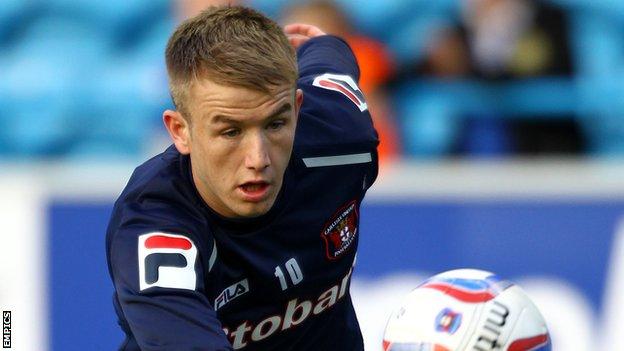 Yeovil Town have extended the loan deal for Carlisle United striker Paddy Madden until January after a successful initial month.

The Dublin-born 22-year-old scored five goals in five games for the Glovers, prompting a request to retain the forward at Huish Park.

However there is no confirmation as to whether Madden can figure in Saturday's FA Cup first round tie against Preston.

Talks are ongoing between the two clubs over his eligibility.

Madden made his first venture in to the English game when he joined Carlisle in January 2011.

His time at Brunton Park has been dogged by injury and he made 24 appearances before notching his first goal for the Cumbrians, which came against the Glovers in February 2012.

The Republic of Ireland Under-23 international added just one goal to his tally before being sent out on loan.