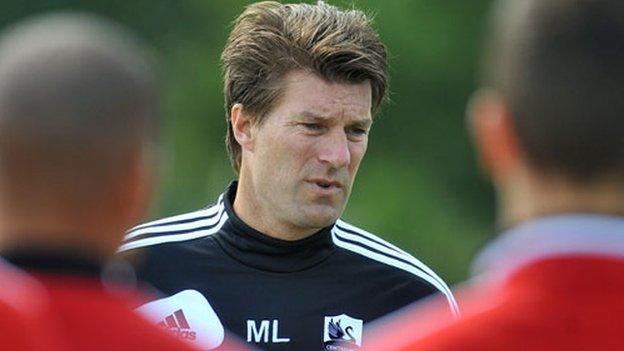 Michael Laudrup says Swansea City's trip to Southampton on 10 November is more important than Saturday's visit of Chelsea to the Liberty Stadium.

The Swansea manager says winning at St Mary's would be a better result than beating the European champions, because his players will always raise their game against big opposition.

"I'm not worried about Saturday because I know we'll perform well," he said.

"The result against Southampton is much more important."

The visit of the Premier League leaders completes a run of games which has seen Laudrup's Swans side lose 1-0 against reigning champions Manchester City and beat Liverpool 3-1 at Anfield in the Capital One Cup.

The Dane is concerned that his players maintain their high standards when they face "smaller teams" such as Southampton and Newcastle United, who are Swansea's next two Premier League opponents after Chelsea.

"Every small club wants to show when they play the big boys 'look what we can do... if we make a good result everyone is talking about us'," Laudrup said.

"The problem is a week later you have to play one of the smaller teams. Sometimes that's when the reaction comes.

"I'm much more concerned about the Southampton game because after three big games we have to play Southampton away.

"The result against Southampton is much more important than result on Saturday [against Chelsea].

"Of course I want to win both of them, but if you say to me I have to pick one of the two - yesterday, today and tomorrow I will pick the Southampton game."

The Dane is well aware of the challenge facing his team against Chelsea, in spite of the encouraging displays at the Etihad Stadium and Anfield.

"I know a lot of the players will have tired legs because they have played two games this week against two big opponents, and this one will maybe be the biggest because it's the European champions," said Laudrup.

"I'm sure you will see another good performance, but if it's good enough to get a point or three I don't know."