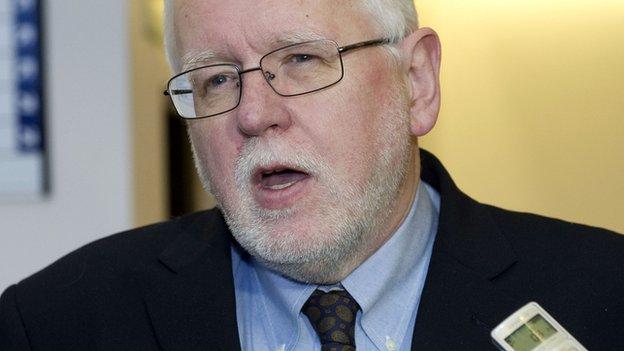 The Scottish Premier League has announced Ralph Topping is stepping down from his role as independent chairman.

He will leave the role by the end of the current season to concentrate on his role as chief executive of William Hill.

Topping joined the SPL in October 2008 and was central to the organisation's sponsorship drive.

"Unfortunately, with the ongoing international expansion of William Hill, involving regular and substantial long-haul travel, I will be unable to devote sufficient time to the SPL over the next few years to do the role justice.

"It is therefore with regret, and to be fair to the clubs, that I feel I must step down from the SPL to focus 100% on William Hill."

The process for appointing a new independent non-executive chairman of the Scottish Premier League will begin immediately.